Purchase Your Hullachans Now
From The Antonio Pacelli Website

Craig Coussins is the original founder of Hullachan Pro. While Hullachan Pro is now run by the Gavigan brothers at Antonio Pacelli, he is still involved in the design of new products and writing for blogs on subjects ranging from foot health to keeping your shoes and ghillies in tip top shape. In this blog post we ask Craig a few questions on your behalf. We hope you enjoy!

Craig, let’s start by asking where the name Hullachan came from.

Hullachan is a Scottish Gaelic name also used in ancient Irish Gaelic culture. This was the word for a party, a gathering of like minded folk and in some cases, drinking Poteen (Poitín or Potcheen or formerly potheen) Well away from the customs officers. At these events dance was, of course, a great part of the festivities and some folk said that because of the lack of hard floors, the doors were taken outside on warm evenings and that folk would let their hair down and, as we say in the Celtic World, have a ‘Hooley’ derived from the word Hullachan. So it means, having a party.

It was registered initially in 1970 and has been since trademarked in countries all over the world.

You were involved in the Scottish dance scene from an early age, why was this?

My mother, Sadie Simpson, was a very well known Highland Dance Teacher originally form Wigtownshire and Galloway. Her family came over from Ireland as farmers and continued this from 1862. Sadie was born in 1915 and at an early age showed an aptitude for traditional Highland Dance becoming a world champion at age 13. My grandfather subsequently decided that the best place for his daughter to teach was in Glasgow. They arrived from Galloway in 1930 and Sadie opened her first school shortly afterwards. She met my father, Jack Coussins in 1936 and they were married in 1938.

By 1985 she had 23 dance schools comprising over 2000 students and 23 full-time dance teachers and students training to be teachers. My mother had no daughters but had three sons. We really had no choice and so we were all taught dance. The dance disciplines were ballet,tap and highland. However I gave up ballet when my Tui Tu became three three., Although I had a short career as a dancer I eventually decided that dance wear and shoe fitting was what I was more interested in.

When did you start selling dance shoes and how did this come about?

The problem was that Sadie Simpson had to supply her schools with dance wear and so my father opened their first dance store in 1954. I did show interest in the shop side of the family though and from age 8, 1955, I started fitting shoes. I joined the main supplier to our store, Gamba, when I was older and became their fitter to all the professional dance and ballet companies world wide. At one stage I was fitting around 160 companies, both regional and National all over the globe.

When did you start becoming interested in shoe design?

At Gamba I was introduced to proper shoe design by great designers such as Rodney Freed and Gav Nicolla. Gav Nicolla became my buddy and we were like brothers. He was a star student at the college of Cordwainers-shoe makers and he spent a lot of time teaching me how to draw the designs I was asking him to make.

I designed my first shoe in 1987. The split Sole Jazz Shoe that became an international hit with almost every shoe maker world wide. It won a lot of awards. Although my name is on the original patent application, Gamba were not convinced that it would be successful. Reminds me of when a film agent said that this new guy, Fred Astaire, can’t act, can’t sing and can dance a little. Lost opportunity. I won awards for the shoe but was disheartened when other makers started copying the shoe and Gamba were not getting the advantage of my work and the work of other designers that worked with me on that project.I designed some well known Pointe ( Block Toe Shoes) shoes as well but by 1990 I was getting fed up with so many other companies copying my designs so I decided to go it alone.

I first opened a Pointe shoe manufacturing company in Moscow in early 1990 and brought Gav over to help me with some design elements. It was a difficult time during the early days of Perestroika and I had to deal with positioning issues of people in the Moscow factory where we had a joint venture and, eventually, it was best for me to leave after three years. It really was the wild east in those days. I came back to Glasgow and opened Hullachan in 1995.

However, my time in Russia was very educational and I learned a lot about the Russian culture. My Great Grandfather and Great Grandmother on my father’s side came from Russia in 1892. So I did have a link, albeit a tenuous one. I also managed to learn some Russian which stood me in good grace when I met my wonderful Russian wife Svetlana in the late 90’s.

Who were your design mentors in those days?

My other mentors were the doyens of shoe making at that time father on duo and senior fitters at Gamba John Brenna Senior and Junior. I was in good company as John Senior had made the shoes favoured by the most famous star of the early 20th century, Anna Pavlova and dancer Vasiljev Nijinsky. John and his son had fitted most of the world’s most illustrious ballerinas and Ballet dancers for a combined 75 years.

As their protégée, they wanted to make sure that I was going to carry on their art in the most professional manner. We were designing shoes at that time for dancers like Nureyev and Baryshnikov as well as most of the most famous Ballerinas of the age.

You have worked for some high profile dance companies, can you tell us about this?

I have worked with Gamba, Capezio and a number of other companies but it was getting hard to see financial results for my design ideas. They were being implemented but I was not happy. I was giving design ideas and not getting real remuneration. In fitting terms I have fitted the New York City Ballet, American Ballet Theatre, The Bolshoi in Moscow, The Paris Opera Ballet, Scottish Ballet, Danish Royal Ballet, Covent Garden Ballet, Toronto Ballet, Swedish Royal Ballet in Stockholm, Malmo, Gothenburg, Atlanta, Ohio, Pacific North West in Seattle, Dallas, Houston ballet and pretty much most of the most famous ballet companies all over the globe. Many Ballet Companies like Houston Ballet also paid for me to come and fit their dancers.

When did you start designing dance shoes for the Irish dancer?

I started designing shoes for Highland (Scottish) Dance in the mid 60’s and sold these through our family dance wear stores and while at the Musselburgh Dance Festival which included Ballet, Tap , Irish and Highland Dance many Irish Dancers liked my innovative designs for the new Hullachan Highland shoe. This was in 1995.

At that time no one had ever seen a half sole/split sole shoe. Shortly after this, I met an Irish dance teacher Caroline Green who had recently returned from dancing with Michael Flatley. Caroline had recently opened a dance school in Glasgow and came over to my little workshop in the East End of Glasgow in 1995 and suggested ways that I could improve my already quite different design. My designs were based on my half sole architecture that I had introduced in my Split sole Jazz Shoe in 1987.

The Hullachan brand is synonymous with high quality and a focus on foot health, when did the health of dancer’s feet become such a passion?

I have had this interest in the structure of the foot and lower leg in dance since I started fitting back in 1955.

I realised that the dancer had three shapes of toes, We call these the Grecian, (longer second toe) Egyptian (tapered toes from great or big toe to the smallest toe-pinkie toe) and the Peasant foot (Strong foot where the great and second and sometimes third toe are of more or less equal length) . Then I discovered the three types of arch, low, medium and high. That meant I had to apply physics to fitting.

It was always a problem to get the right fit when we had so few options in the shoes at the time. I decided there and then that if no one else was going to find the answers to problems dancers did not know how to ask then I needed to be that conduit. So I started to learn from every possible source and anatomy and physiology of the dancers became my preferred reading list. In fact I only read factual books these days.

What other interests do you have outside dance?

My hobbies are Asian Art, Landscape Photography, and Bonsai. My sports are, rock climbing, going to the gym and keeping my wife happy. I also have four grandchildren and hope to have more involvement with them as they and I get older!

You can catch up with the latest Craig Coussins posts in the blog section of the Hullachan Pro and Antonio Pacelli websites. 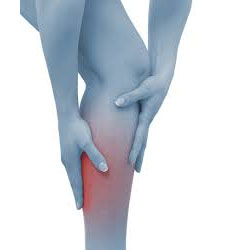 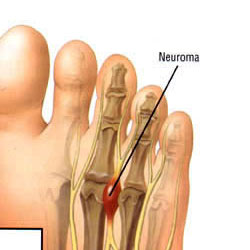 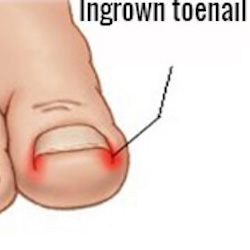 Toes nails: The Pathway to Health 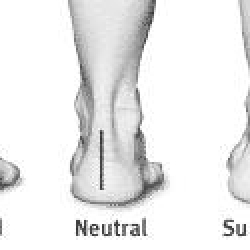 Are you standing up straight? 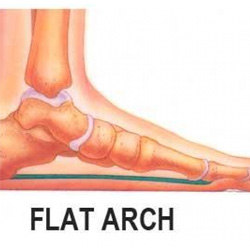 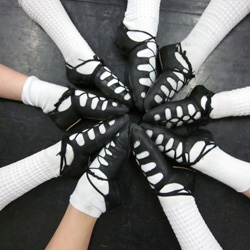 After Care Advice For Irish and Highland Ghillies

Check out our top 5 tips to increase the lifespan of your ghillies! 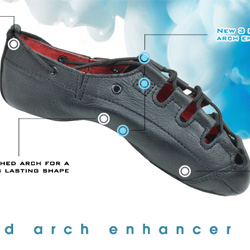 Learn more about the most popular dance pump on the market! 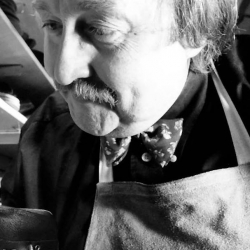 Find out more about the founder of Hullachan Pro!